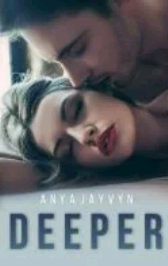 In which I fall in love with my brother’s best friend, the bad boy Vaughn Cooper — but that doesn’t make him less than a college heartthrob whom every girl on campus is drooling over.
I thought that my brother was the hottest guy in school, but as soon as I step into my university life, I realize how wrong I was. Meet Vaughn Cooper, his best friend. The guy is the epitome of every girl’s dream. Godlike handsome. The quarterback. He’s got the looks, and he’s got the brain. Come on, he’s got the scholarship to one of the most prestigious universities in the country, while I have just barely passed the entrance examination after long years of struggle during high school.
How could a guy who worked that hard and deserves nothing more but adoration be labelled as a bad boy? Yeah, the answer is simple. The moment we lock eyes, I realize something as I stare into those piercing, amber orbs.
He’s not every girl’s dream. He’s every girl’s nightmare.
In my case, MY nightmare.
Calm down, heart. Our story hasn’t even started.
***
Content warning:
This story has some sexual scenes that are quite descriptive and explicit language. I will inform you at the beginning of the chapter. Please read at your own discretion.

Deeper, is brought to you by 009 Corporation.