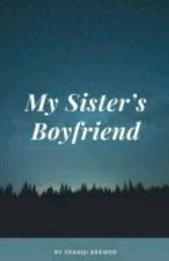 Two years after I moved from home into the confides of the beautiful boarding school, Wilson Prep, my little sister called me and told me she needed me home immediately, of course thinking it was an emergency, I asked what’s wrong?
Little did I know the “emergency” was her 19 year old future alpha werewolf boy friend…
What’s wrong you ask? He just happens to be my mate.
Read along to find out the troubles that come along with mating and how family and friends can come together to save the day.

The Promise, is brought to you by MatrixglobalCorp

I groaned at the ringing as I rolled over and picked up my bright phone sure to cover my eyes as a defense mechanism against its harmful rays.
Seven Missed Calls
Cali
I darted up in full speed as I called her back. As the phone rang I was already in my closet slipping on some jeans and a shirt. she answered hesitant.
“Did I wake you?” I blank stared.
“I’m up now. That’s all that matters. What’s going on?”
My relationship with my little sister was amazing. I told her everything. Including the time I first shifted. I was adopted. My parents thought they couldn’t conceive and were about to give up hope when they found my mother, Rave, all teen pregnant and what not, arguing with some old, biker dude about how she refused to abort me. He had found his mate and he didn’t want to hang on to the memory of their mistake. My parents saw, living in their town a few trusted humans were there to keep the secret. Anyway. they adopted me before I was even born. My birth mother Rave still comes around every few months when I call her. She’s like a big sister to me.
Anyway, the first time I shifted I was scared shirtless. It hurt like hell and I was all alone. Except I wasn’t. I guess the nearby pack heard my screams and they came to help out. The alpha, Richard, commanded me to shift back into human form and him and his mate fed me and clothed me and helped me back home. I was supposed to join their pack but I was scared, I thought I was a freak. When I got home I told Cali about everything. She thought I was lying and playing a prank on her until I shifted. She helped me from that point on suppressing my anger, and my animalistic urges. She was my anchor. And of course being a werewolf big sister is awesome because I can kick any Junior girls ass that bothers her next year.
“You should come home.” She spoke softly.
I frowned. I hadn’t been home in a year but that was only for me to wrap up my highshool life here and prepare for the big move. I was moving back to our state but in the city part of it. My dream was to be a magazine editor. I loved the aspect of fashion and colors and how you could make something so entertaining out of ink and paper.
“Is something wrong with mom?” My mom had a heart disease that sometimes flared up. But other than that she was a pistol.
“No. I…I just need you. Please?” I heard the desperation in her voice and I knew what to do. I smiled.
“Cali, you know I’m under so much stress about graduating. How could you even expect me to do that?”
“I just thought”-
“I’m busy. I’ll call you back later. I need some sleep.” I didn’t wait for her to reply as I hung up and began stuffing my bag with enough clothes for two weeks. I shot a text to my dad letting him know I’d been home in a week and I told him to try and sway her anger for a little while. He shot me back a “You’ll be the death of me” but I knew he’d do it. The smile on my sister’s face would make up for my horrible prank.
I had been away from home for two years now. I loved my family, but it was something in me that drew me further and further away from “home”. I enjoyed being in the open space, being on my own and not having to check in. That was the reason I begged my parents to go to boarding school. We g on two international trips a year and we get to live around our friends all year round. I had a few friends around but for the most part was the face you saw around campus but probably never spoke to.
I was walking toward my dorm when a person bumped into me, hard, making me drop my books.
“Ah!” I yelped as I fell down. I looked out to see a girl I hadn’t seen before. I hadn’t even seen her coming.
“Oh my.” she stared at me for what felt like too long.
“Oh…kay.” I said awkwardly as I began to scoop up my items. She began to help, but she kept eyeing me. I returned the awkward glances.
“Cynthia.” she introduced herself as she held out my fallen belongings.
“Kara.” I nodded. “Thanks.”
“You’re welcome.” I turned to walk but she spoke again.
“See you at home.”
I turned back to her I confusion but she was gone.
“Weird.” I mumbled as I walked into my building, determined to pack now more than ever. Whatever was drawing me away from home, had just called me back.

8 thoughts on “My Sister’s Boyfriend 📝by📝TheWeekDa”