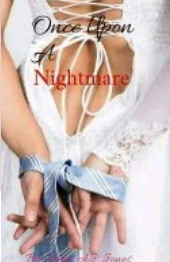 Ganessa Russo was part of a conspiracy since the day she was born, she just didn’t know about it.
Betrothed before even being born and being born into a family she would soon learn she didn’t even know left so many unanswered questions that she wouldn’t know she had until the day of her wedding.
Engaged to a mafia boss who murdered someone in front of her eyes on her wedding day was bad enough, but add kidnapping and a touch of Stockholm Syndrome to the list and mayhem is sure to follow.

Once Upon A Nightmare, is brought to you by 009 Corporation.

Once Upon A Nightmare
by: ThatAJChick

Do wish for this story to continue on 009 Corporation?

27 thoughts on “Once Upon A Nightmare📝by📝ThatAJChick”