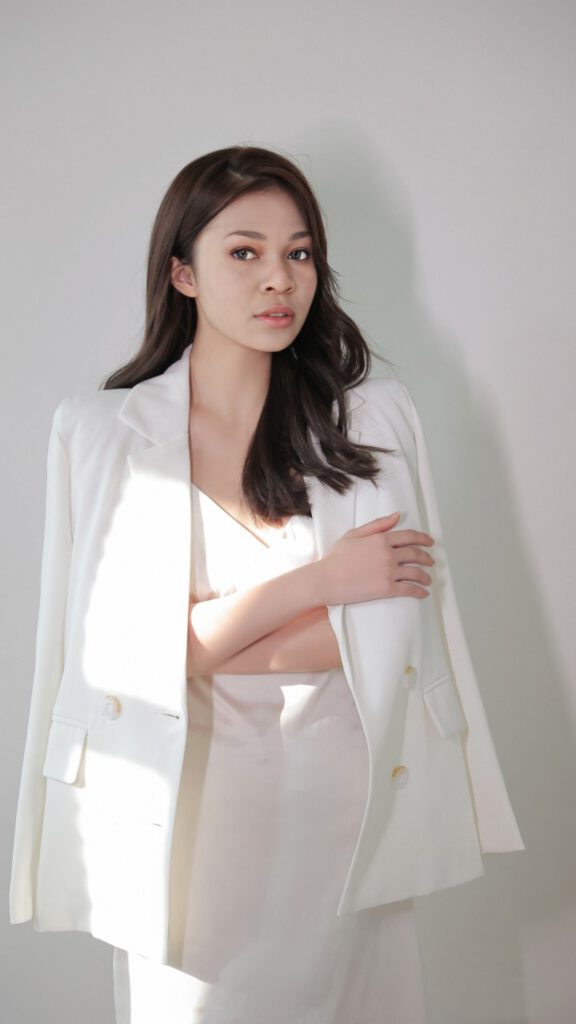 Her name is Stella E. Powers. A strong tragedy befell her community the same night of my thirteen years birthday. The same tragedy that took the life of her parents alongside many others in the community. At the age of fourteen’ she became a double agent for the CIA Agency. Firstly as a Spy and then a secret agent. She’s known to be the youngest agent to have ever been recruited into the CIA agency. Since from when she joined the CIA’ agency, she never had a permanent life, always moving from one state to another, she never had the chance to make real friends, or to be able to experience being a real teenager. She was always on one mission or the other. And at the age of sixteen’ she was already a trained expert in defusing bombs, fighting unarmed, and targeting pressure points on her opponent body. At the age of twenty-two, she was given the task to guard Fernando Al Capone, a Drug Smuggling organization Gang Leader and a Mafia lord. A faceless criminal whose syndicates has also been involved in a well organized crime. A real Mafia in different faces, which involvement also include terrorism, militant and Arm trafficking with the Russians into Africa. Her mission was to make him fall in love with her and get all the crucial evidence that can be used against him. But something went wrong in-between her mission, and that was just then she knew that’ she wasn’t really the person she thought she was.

I’m Not Who I Thought I Am🤦 by 🤦Stella E. Powers: is brought to you by Stella E Powers Entertainment.

It takes more than just an oath and a drop of blood to become a Lord Mafia and a Gang Leader, in the same way it takes a CIA Agent more than just the ability to work alone or as part of a team to investigate a certain crime or activities’ that can finally ascent to a real evidence.

My Name is Stella E. Powers. I work as a double agent for the CIA. Firstly as a Spy, and secondly’ as a CIA secret agent’ under our Western African agency. The same celebrated agency that got recognized right from when all the countries in Western African’ decide to unite as one country, making all the countries enclosure inside our Western Africa’ to be concede as just a mere State, within it reinvigorated pristine Bond countries, that is now recognized as Western United States of Africa, curtly address as W.USA and headed by one President.

I remember sometime ago, while operating as a spy for my agency, when I really don’t know the name to stick on because, I had a hella lot of identities as a spy but just one identity as a CIA secret Agent.

I was just fourteen years old then, known to be the only youngest spy’ double agent, that has ever been recruited into the CIA Agency. And of course, something I never really had after then’ was a normal life.

Working alone as a spy since then, to obtain some secret or confidential intelligence information’ from a non-disclosed sources, or the divulging of the same information’ without the permission of the holder for a tangible benefit, was not only the tax’ I was obligated to convey and resolve as a spy’ and a secret double agent’ for the CIA. But as an alternative too, I was always on an indefinite assignment, especially when it has to do with traveling from one place to another, to carry out distinct unusual mission with my team.

Back then, base on my task as a teenage Spy girl’ assigned to operate as a double agent for the CIA. I was Never given the chance to make new friends’ because of my nature of operation. Just duties all the time. Of course’ you might already be wondering why I had to join such an agency that took from me the right to the beauty and fun of my teenage life, at such a darling age. Notwithstanding’ this same nuts and bolts’ i wish only to unfold with a valid response to your understanding. However, I might not be specific with an outsized details in respect to your sharp tips of expectation on this clause. But not to worry because, I will still use the same waves’ to clear the lines’ for a better comprehension.

Let me start by saying, a strong tragedy befell my community the same night of my thirteen years birthday. The same tragedy that took the life of my parents alongside many others in the community. And I joined the CIA’ agency when I turned fourteen.

At the age of sixteen’ I was already an expert in defusing Bombs, fighting unarmed while targeting the pressure points on my opponent body. And at the age of twenty-two, I was given the task to guard Fernando Al Capone, a Drug Smuggling organization Gang Leader and a Mafia lord. A faceless criminal whose syndicates has also been involved in a well organized crime. A real Mafia in different faces, which involvement also include terrorism, militant and Arm trafficking with the Russians into Africa.

The task assigned to me on Fernando, was not just to operate as his Personal bodyguard’ but primarily to make him fall in love with me’ so I could spy on every of his activities. And of course, our agency still desperately needs the assistance of his father’ the Vice President’ before our attempt of unveiling his dirty activities would be affective and fruitful. And that too is because’ Fernando Al Capone is a very sly Mafia and a Gang Leader’ who will never just take anyone for his bodyguard.

At first I was okay with the task. But after his picture was specified to me in our Control Room, as my next switch of mission objective. For the first time in my career as double agent, I wasn’t really sure if accepting that task was going to do any good when it comes to my feelings, towards him.

You might already be wondering why as a CIA agent’ I was assigned to guard such an organized crime Gang Leader. And why I wasn’t sure of my feeling’ in regards that I might get attracted falling for his handsomed pleasing appearance. Let me resolve your misunderstanding by saying, Fernando Al Capone for a long time’ had been a suspect of a preeminent organized crime network in W.USA, and was involved in a range of underworld activities with different silicone masked faces. And his Father’ Deere Al Capone was the current Vice President’ who in order to protect his political aim, will go at any length to protect the criminal activities of his son’ Fernando. And because of that, no one could point out Fernando as the actual disaster behind all those dirty activities carried out. And that had always helped him get away with each of his crimes, even though he had been a long time suspect’ before his father ascent the seat of a Vice President. Two years after Deere Al Capone got on the Vice President seat, the crimes of his son’ Fernando became so obvious that a quick evidence was needed from different investigating detachment to nail him down’ since it believed that the Vice President’ his father, was the one who was always in the habit of destroying any evidence’ that could unveil Fernando’s dirty activities.

Six months ago, Fernando’s case was brought before the desk of our CIA Agency. And that was when I knew that’ I wasn’t really who I thought I am. And it all started few days after our agency got involved in Fernando’s case. Just when our Director came up with an outsized plan’ on how we could finally get a well organized evidence against Fernando Al Capone. And the plan was to make his father’ the Vice President believe that’ another agency was trying to shoot his son’ Fernando and make it appear like an accident. At this point’ our CIA Director was just trying to made it sound to the Vice President’ like he was only making effort to protect both his profile and Fernando’s dirty activities from getting public. And for that to happen’ he will be desperately needing his help. And the help he would be needing from the Vice President, was for him to convince his son’ Fernando to accept me as his personal bodyguard’ to confuse the mission of the investigating agency, and to also clear the name of the Vice President’ from the blackmail those investigating agency were planning to input on implicating him, by making those agency feel like the CIA were also aware of every of his son’s movement.

Our plan of conspiracy was successful. And I was to resume the next day morning in Fernando’s mansion as his personal bodyguard. But something I was still troubled about’ was his elegant handsome face. I fear that I might forget the code of my mission’ and fall truly in love with him, instead of my intended false love on him, that could help with our secret code of mission. I never knew that our Director had noticed the changing of my emotional state. I only came to know after he had asked me to see him in his office. And when I got there, he asked me if I was having any difficulty handling the task he had given me on Fernando. At first’ I wanted to deny my fears, but on a second thought’ I decided to be open’ as I explain myself to him that’ I wasn’t sure if accepting the mission to make him fall in love with me’ was going to do any good when it comes to my feeling. Our Director however’ reminded me that’ I am a strong, fearless and brave CIA agent’ he had ever come across since his years of experience as a Director. He quickly motivated me saying, If I in the past could have several successful missions, then I can possibly handle even that very one.

When I was fourteen, operating as a teenager Spy and a secret double agent for the CIA, while still on a hand core training’ with my Missions mostly organized on guns, bombs, secrets, investigation, punch, kicks, and sometimes bruises on my face when fighting with the bad guys, has left me’ having no feeling or desire for a man while growing from a teenage girl into a young lady. So I said to myself’ that I could handle Fernando. I said to myself, I have been to different missions several times, and my Missions either end up okay or sometimes I just might need a backup. But I have never failed a mission. I thought within myself, that just like any other missions, even that of Fernando was going to be successful. I was given only 12 weeks to make Fernando fall in love with me and get all the crucial evidence required. I thought as Stella E Powers, a double agent for the CIA, I could handle it. But in the middle of my mission, l discovered that I am not who I thought I am.

Do wish for this story to continue here on Stella E Powers Entertainment?

Thank you for reading!